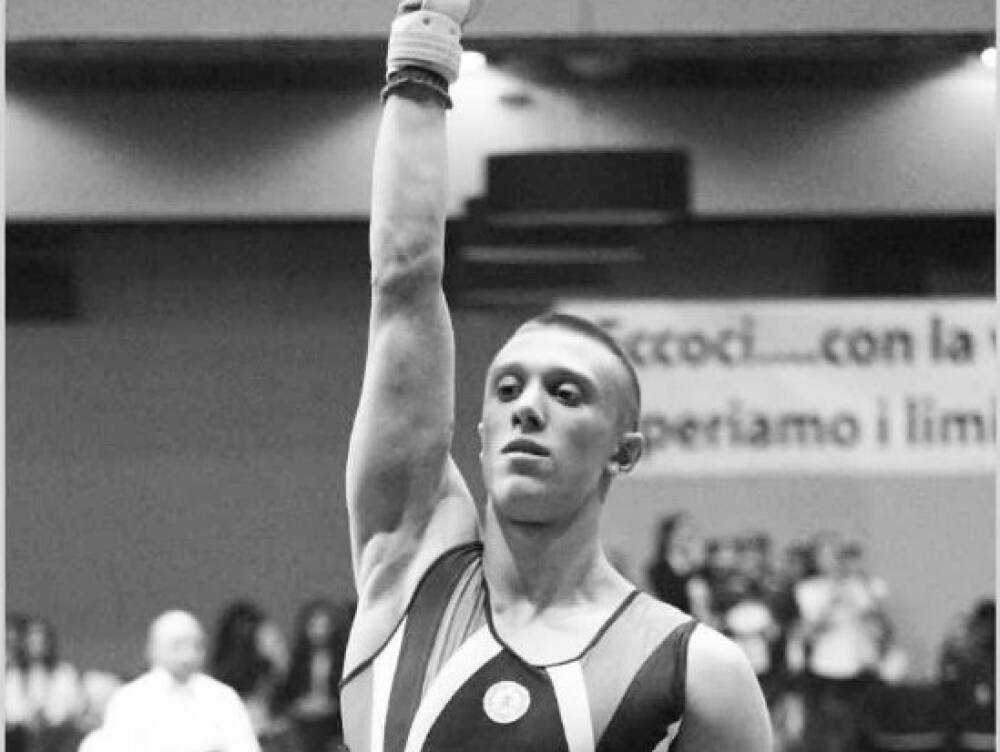 Massimo : Tell us about this experience

Lorenzo : Last week I competed in the European Championship of artistic

gymnastics, ending up winning the gold medal for the “high bar”

Edoardo : Where was the competition held?

Lorenzo :I flew over to Bosnia, in a city near Belgrade.

Fabio: How was this competition structured?

Lorenzo : I had to compete for all the six apparatus that we have in

this sport, making it a very hard and stressful competition for me,

because I had to focus for many hours and compete six different times.

Marco : How many countries were there?

Lorenzo : There were many different countries such as Spain,

Andrea : What was your first reaction to the result?

Lorenzo : I was so amazed and mindblown, I thought I finally made

something to make myself proud of what I do every single day...I have

Davide : How did you feel the day before the competition?

Lorenzo : I’m a very anxious and nervous person...which does not make

things easy when it comes to compete, but in this particular case,

anxiety became pure adrenaline, that really helped me with the right

amount of strength and control needed for the competition.

Marco: Do you have some superstitious rituals that you do before a

Lorenzo : Yes, I usually try to listen as much music as

possible, and that gives me the right motivation and adrenaline needed.

competition…not for a particular reason, I just think that it gives me

Gianluca: Reaching this goal is a matter of sacrifice, isn’t it?

Lorenzo : Yes, it really is; this sport takes so much time of my day,

and a half hours…leaving not that much extra time for other activities,

such as studying, or just hanging out with friends or my family.

doing, so the love for this discipline is what keeps me going!

Fabio : How did gymnastics first get in your life?

Lorenzo : I’ve always been an active kid, jumping around the house and

doing flips on the sofa… so my mum, (who was a gymnast when she was

young) took me to a gym, discovering immediately that it was the best

Elisa : When did you start your career?

Lorenzo : I first got to a gym when I was only four years old, but

important competitions began in 2012, when I was nominated for the

first time as a component of the national Italian team.

Edoardo: Do you think that this sport will be a job in your future?

Lorenzo : Even now it is a job for me and I hope that my future will be

based on what I’ve done during the years, with all the sacrifices that

Marco: How is gymnastic seen in other countries ?

Lorenzo : In other countries, gymnastic is a much more appreciated

discipline, for example, two years ago I went to Germany with my team,

players do here in Italy: massive gyms and structures built for this

sport, they have personal therapists for their recovery after the

training session, and for example they own very expensive cars due to

sponsors and much higher salaries… But in a country like China, being a

gymnasts is not so easy, because kids start to practice when they are 3

to 4 years old, and they are treated like soldiers preparing for a

war…they are built for perfection and absolute cleanliness during their

routines, as if they were a sort of robot or a machine, and the

treatment to obtain those characteristics is not always fun, having

Matteo : Gymnastic gave you many opportunities in life, is it correct?

Lorenzo : Yes, competing in international competition gave me the

opportunity to travel a lot, visiting many different countries around

Europe, and with that, meeting a ton of new friends with the same

passion of mine, and I think this is the most precious thing that you

can experience with this sport